10 Things to Expect When Travelling in China

I would like to introduce my first ever guest post from the lovely Hattie, who is one half of the awesome couple that makes up Cats and Backpacks. Thank you Hattie for taking the time to tell us what we can expect when travelling in China!

China is a mysterious country- we often hear strange things in the news about it, and read horror stories about people eating dog and using the street as a toilet. Despite this though, many people choose to make it a destination on their trips around the world, lured by thoughts of hiking the Great Wall of China or cuddling a panda in Chengdu.

Just so you know, those horror stories are just that- stories!

As someone who’s spending a year in China teaching English, I would encourage everyone to spend some time in this beautiful Country- but what should you expect when visiting China, when the local culture and customs differ so much from Western Countries? We’ve created a list of 10 things YOU should expect when travelling in China!

1)  It’s going to take your breath away

We all know China is a huge Country, but until you get here you might not realise the true scale of the place. Even small Cities stretch on further than the eye can see, and the Great Wall of China is a mind-blowing 13,170 miles long- it’d take you years to walk the whole length of it. On top of this, towns turn into towering mountains at the flip of a switch and the intense sights and smells will invade your senses. You’ll probably have never felt this small before! Whatever you encounter on your trip, China is bound to leave you in wonder.

2) There won’t be any cutlery

If you can’t already use chopsticks, now is the time to learn. In most restaurants you go to there will exclusively be chopsticks- not a knife or fork in sight. Forget your manners if need be and enjoy slurping from your bowl!

Not even hello, or thank you. It’s going to make communicating pretty hard- but hey! Use this as an opportunity to sharpen your language skills- I promise Chinese isn’t as hard as you think, and you can easily learn how to say ‘hello’, ‘thank you’, ‘1, 2, 3, 4, 5’ and ‘I want this’ which will see you through most restaurant interactions, ticket sales and general politeness. On top of that, have addresses on your phone in Chinese for taxi drivers and you’re good to go!

Our Chinese colleagues have told us that a common joke about foreigners is that all they say is zhè gè (pronounced juh-guh), meaning ‘this one’, so you’ll be winning if you can say anything else!

4) Manners aren’t quite the same here

Now let’s not go as far as the street toileting I mentioned above, but you might find people aren’t as polite as you might expect. Queueing isn’t a thing here (sorry fellow Brits!) and people do often spit in the street. It can be a bit alarming and stomach-churning at first but you will get used to it. The reasons and explanations as to why people do this are quite varied- some say it’s because there is a fear of getting sick and ingesting germs so ‘better out than in’ is the motto, some feel it’s due to excessive smoking, and others believe that the Cultural Revolution (1966-1976) led to the more ‘civilised’ parts of Chinese society being diminished. Whatever the reason, I’m afraid you’ll have to get used to it when you travel in China!

But please don’t let it put you off!

We’ve all heard that there are lots of chicken feet and bones in Chinese cuisine, but there’s much more to it than that. Scrap your ideas of a never-ending naughty takeaway too, because you won’t find sweet and sour chicken balls and prawn crackers here! Open your mind to hotpots, noodles, steamed dumplings, soups and fried rice in every flavour and you’re just about scratching the surface. The menus tend to have pictures, and just combine pointing your finger with point number 3 and you’re good to go. Oh, and finally you won’t accidentally eat any dog- I promise!

We’ve recently written a full guide on censorship in China- if you’re interested you can read about it here. In a nutshell though, many websites are blocked and you’ll need a VPN (Virtual Private Network) to access them. Even with this it can sometimes be extremely difficult to look on Facebook or Twitter so you may need to find alternative ways of keeping in touch with people back home- WhatsApp works here, and WeChat is an all-singing, all-dancing app that everyone in China uses to communicate, share photos, send documents and pay for things.

It’s better in bigger Cities but you’re likely to be stared at, photographed and asked private questions such as ‘how much do you earn?’ and ‘how much is your rent?’

People in China just haven’t seen as much diversity as you may have and as I mentioned in point number 4, there are lots of differences in etiquette which mean it’s actually polite for people to point out your differences and ask questions that may seem rude to you.

And if you live here? You’ll be famous, my friend!

That thing that looks like a zebra crossing? It’s not. Even when the green man says cross, please look carefully because cars don’t care about stopping and are legally allowed to turn right on a red light which will catch you off guard more times than you’ll care to admit.

Prepare for taxi drivers to do things you never thought possible- like fall asleep at the wheel and drive over the central reservation of a duel carriageway despite the bollards. You’ll probably have what feels like a near death experience every time you get in a vehicle, and you’ll have to trust that the drivers know what they’re doing and aren’t going to kill you. Probably.

10) Every place you visit will be a whole new experience

From the dazzling metropolis of Shanghai, to the misty mountains of Huashan, beautiful beaches in Hainan and picturesque rice terraces in Guilin, every new place will be an adventure. Who knew there were deserts in China? Or a forest made of stone? Learn to expect the unexpected and embrace every aspect of this crazy, wonderful Country!

We hope we’ve prepared you somewhat for your trip to China- but let me reassure you once more that although these tips may seem a little daunting, they will enrich your travel experience and give you some brilliant, funny stories to tell about your time in the Country. Happy travels!

Hattie is one half of a married duo who run Cats and Backpacks, a travel blog dedicated to bringing you information and advice from around the world. Hattie and her husband Seb have been to 23 Countries since their wanderlust began, and they set off on their adventure to travel the world full time in August 2016. Currently they can be found living and working as English teachers in Ningbo, China. You can follow them on Facebook, Twitter, Instagram and Pinterest– and they even have a YouTube Channel in the works too, so stay tuned! If you’d like any advice about travelling to China, you are more than welcome to contact Hattie and Seb for more information through any of their social media links above.

How To Deal With Homesickness

Whether it’s your first trip away or your 17th, homesickness is bound to…

Everything you need to know about Greyhound- Australia 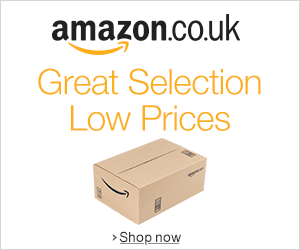